Inspired by the work of the American artist Paul McCarthy, “Head on” proposes a reflection on loneliness, disorientation, self-seeking.

This short form, shows a character “big head”, kind of “Smiley” misplaced, asexual and without history, who knows neither where he came from, nor where he goes. As a form of resistance to our highly individualised society, it is the basic aspect of this character that gives it a universal dimension, as a simplification of mankind, as would be drawn by a child of three or four years: a round, A line as a mouth and two black stains instead of eyes. Visually, what emerges from this figure are first abstract forms: a ball, growths, A phallic form and
then little by little the transformation into embryo, baby, extraterrestrial or cartoon character, a series of images and projections that the spectator makes, according to his own references and landmarks. The sounds, partly produced in real time, come mainly from the body, sounds or sound that gives a visceral quality to the room. “Head on” plunges us into a universe that is both sweet and strange, appealing and repugnant, childish and grotesque, playful and melancholy, absurd and burlesque until it loses its head. 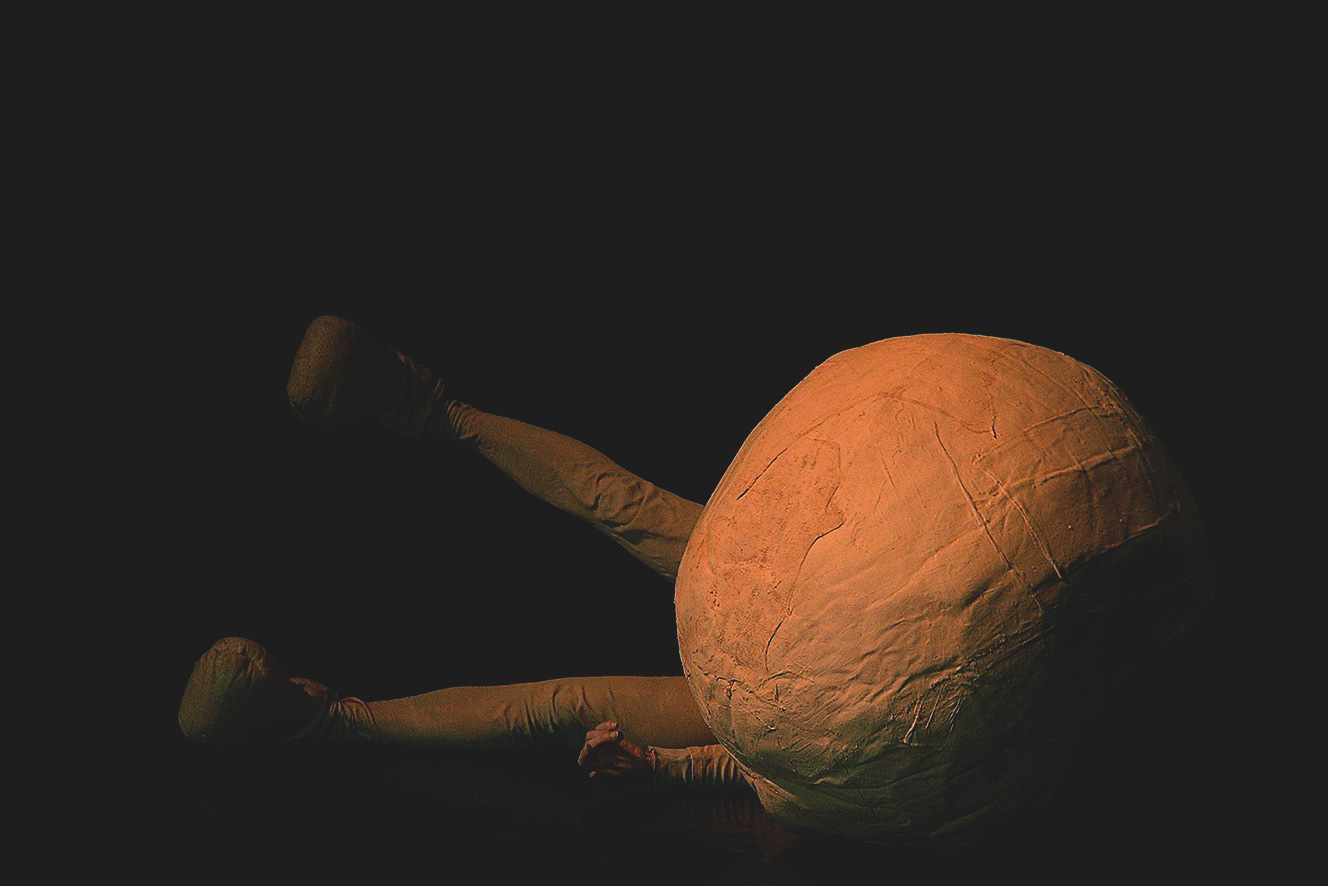 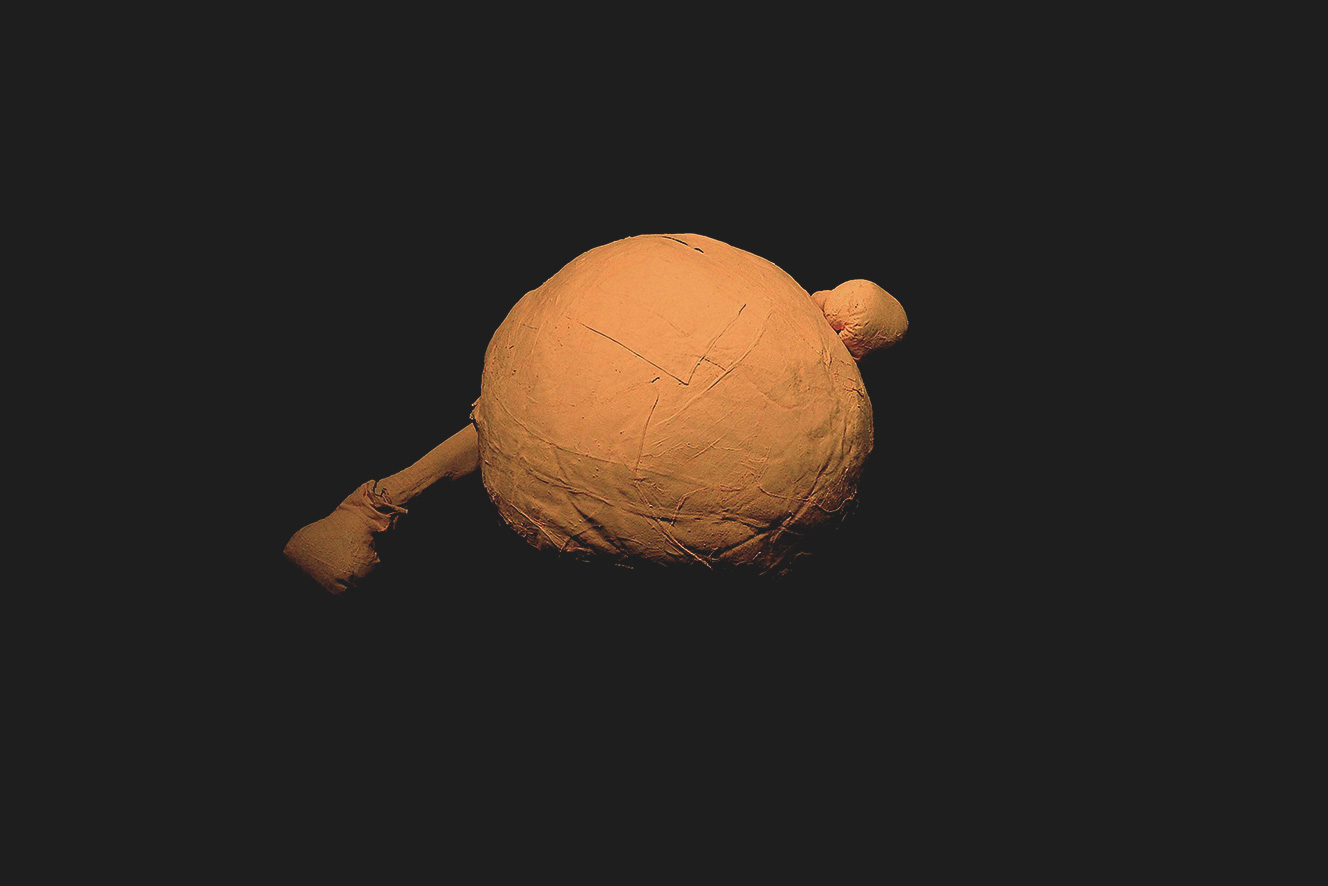 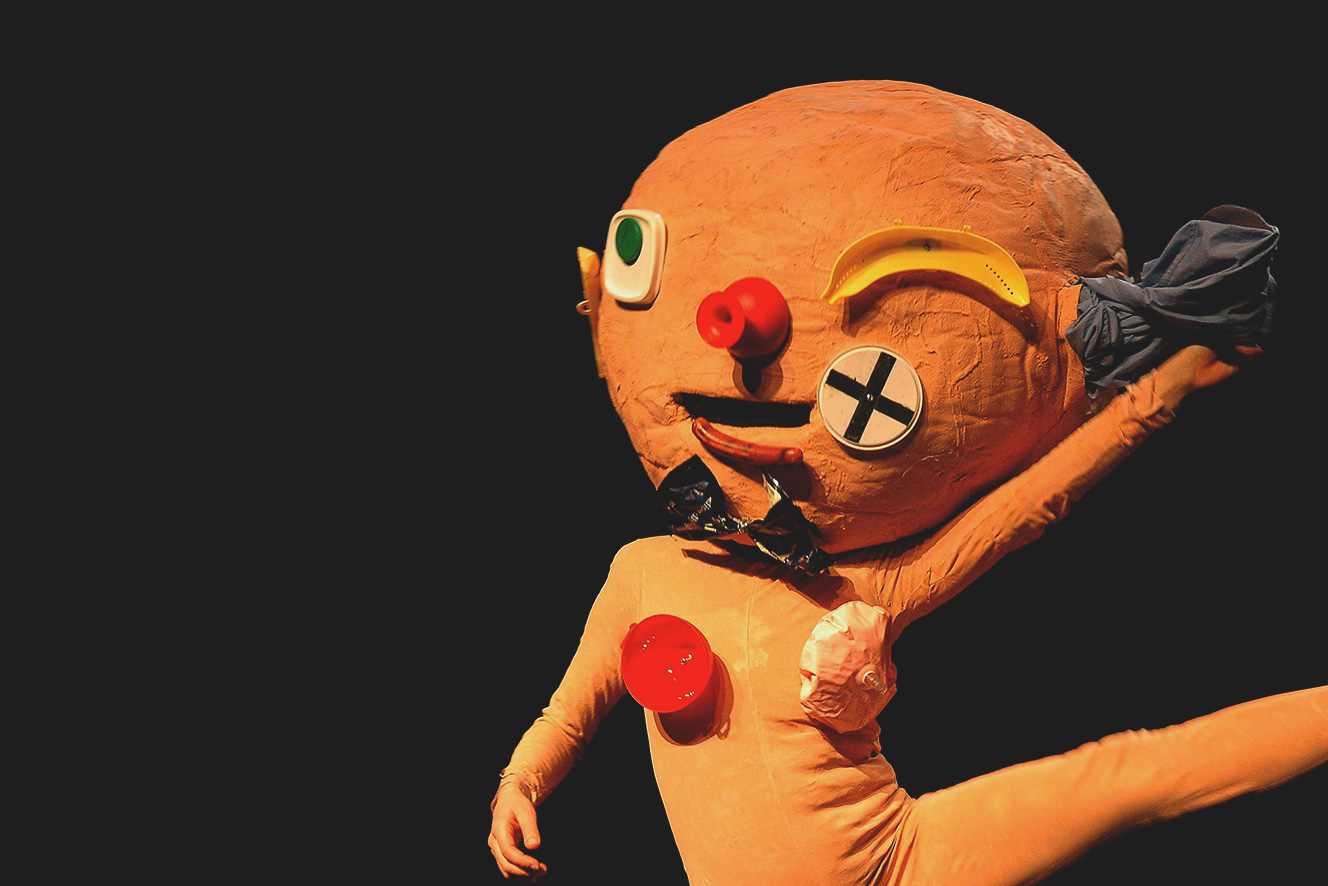 With the support of the Brazilian Embassy in Brussels, the dance department, SACD 1500h to dance